A Geology of Media

A welcome contribution to this relevant area of study. Jussi Parikka deeply has examined the rawest matter of media. Contents Preface Acknowledgments 1. Code and Clay, Data and Dirt Five Thousand Years of Urban Media A breathtaking tour through thousands of years of urban life and its attendant technologies, rewriting the history of our cities.

After Extinction A multidisciplinary exploration of extinction and what comes next. This is not at all always the case. Most of us detach the text of Shakespeare from the inks, paper and typefaces of its material presence. Though, since Benjamin , we tend to regard this detachment as a property of mechanical media, it is far older. Music exists apart from the instruments it is played on, and though we may mourn the future disintegration of the last Stradivarius, we know it will not be the end of Bach.

This is not the case with digital media. Electronic records are entirely dependent on the equipment on which they are recorded, equipment that is always obsolescent in the constant innovation in hardware and software that characterises electronic capitalism. 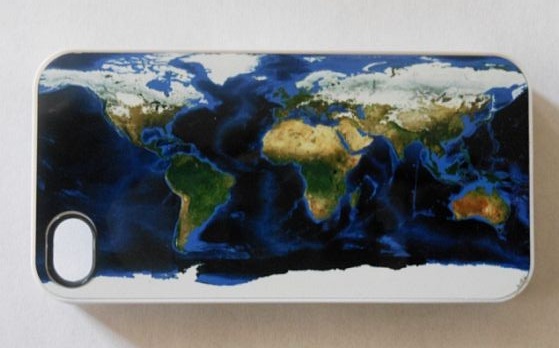 With a great deal of time, expertise and energy, data can be restored from even the most damaged drives, but the forensics are far too expensive to perform on the vast numbers of devices in use today. We think our content will last but our machines are ephemeral.

The exact opposite is the case. Long after our content has succumbed to magnetic fields, degrading plastics and format supersession, the media devices we throw out today will persist as plastic landfill and unwanted fragments of metal and glass long after we ourselves are dead and gone.

The contentless, undead afterlife of media technologies Parikka calls Zombie Media is in many respects a gift for the emerging field of media archaeology, in which Parikka has published some of the fundamental texts, as author Parikka , , , co-editor Huhtamo and Parikka and editor Ernst , Parikka and Krysa Media archaeology undertakes to rewrite media history from the standpoint of the machines themselves, eschewing any linear or teleological account.

Like Zielinski, on whom he draws, Parikka has devoted much energy to expanding the geographical reach of media history, and to breaking down the hegemony of Paris, London, New York and Los Angeles in that history. Zielinski also introduced the concept of the deep time of the media, backed up with case studies in renaissance and baroque media.

In this book, Parikka outdoes Zielinski, pushing the boundaries back to the scales of geological time, from the far future of radioactive decay to the deep past when key minerals and energy sources were formed. The neo-materialist turn in media studies, which Parikka in many ways embodies, looks to the materials and technical affordances of devices, rather than the textual or political-economy analyses which have formed the bedrock of humanities and social science approaches.

This is not to say that they are ignored, only that they are framed in relation to the central concern of how things work, what they are made of, and how they mediate between non-human and human domains. The assertion is paradoxical in that the geological emerges here not only as a condition of the materiality of media made from minerals and run on oil- and coal-fired energy, but also as a founding mediation of which technical media are merely exemplars.

Media mediate between ancient sedimentations and the geology of waste that will be the geological legacy of the Anthropocene. Like Douglas Kahn , Parikka emphasises the leakage of radiation and electromagnetism into human communications, and in a brilliant chapter on dust the equal production of particulate degeneration as an integral product of contemporary media. Like Braidotti, and very much in the spirit of Friedrich Kittler, Parikka understands the human as an after-effect of the material and formal construction of its contexts, expanding the horizon again, however, to understand the human as an after-effect of geological time.

By inviting in consideration of artists working across the mineralogical and media technologies, Parikka begins to weave these themes together as the germs of a new aesthetic. Parikka points readers toward a more expansive media theory in ways that no other researcher has. A Geology of Media offers a greatly expanded definition of media materialism, productively redefines the scope of media archaeology, and nuances the discourse of ecocritical media theory with its emphasis on the importance of the nonorganic world.

With A Geology of New Media, Parikka not only expands and vitalizes the fields of media theory and media history, he also forces the humanities at large to rethink its methods and objectives. A Geology of Media is an excellent book, which mixes cultural theory and history with geological science and contemporary art. Radical in its far-reaching and interdisciplinary approach, and welcome for being so, the scope of A Geology of Media reflects its topical intricacy whilst reshaping the arenas of discourse in which interrogations of an evolving, non-discrete, complex of media cultures can take place.

Preface Acknowledgments 1. Materiality: Grounds of Media and Culture 2. An Alternative Deep Time of the Media 3. Psychogeophysics of Technology 4. Dust and the Exhausted Life 5.

A Geology Of Media And A New Materialism : Digital Culture & Society